A number of Young State Emergency Service (SES) volunteers were recognised for their service to the community during a special presentation at the weekend.

The presentation was held at the Young SES headquarters where the volunteers were presented with SES Field and Operational Skill awards, and their five, 10, 15 and 35 year awards and medals. 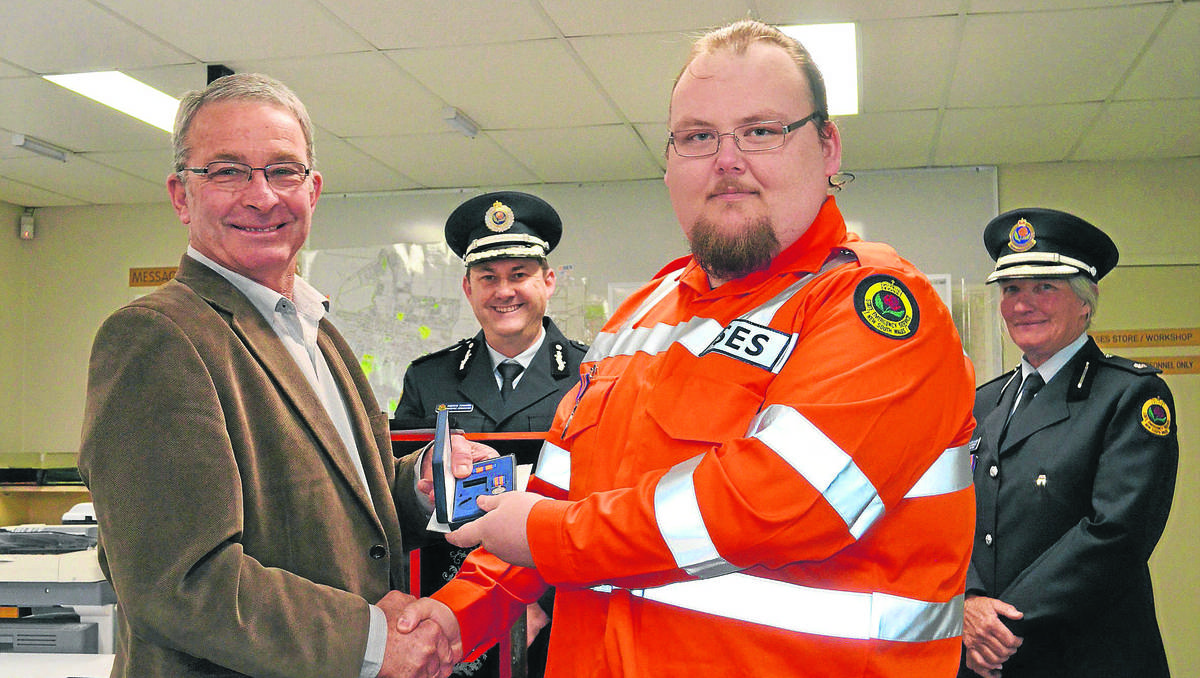 ABOVE: Mayor Stuart Freudenstein congratulated John Warren for his 10 years of service, presenting him with a long service medal. John was also presented with a five-year award. (sespres017)