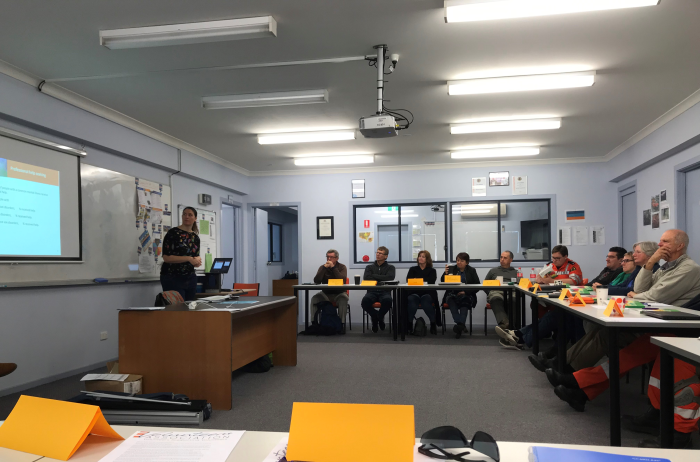 “Our volunteers respond to flood and storm emergencies as well as road crashes, vertical recues and searches. I’m very proud of our volunteers who at times during the course of their volunteering come across some confronting scenes.” NSW SES Volunteers Association President Kim Davis ESM said. The SES Volunteers Association provides support and welfare to volunteers of the NSW SES and also supports the Critical Incident Support Team, a Return To Work Program for injured volunteers and has previously held training in Diffusing Aggressive Behaviour, in line with the #itsnotok initiative to stop violence against first responders.

Recently Emergency Services Minister David Elliott praised the ongoing work of the Association in his address to the members through the Association’s Magazine- The Volunteer. “We have received great support from the SES Southern Zone Commander, Colin Malone of the NSW SES and we are committed to taking this training to volunteers in other areas of NSW” Ms Davis said.